The Evolution of Food Packaging

The Evolution of Food Packaging 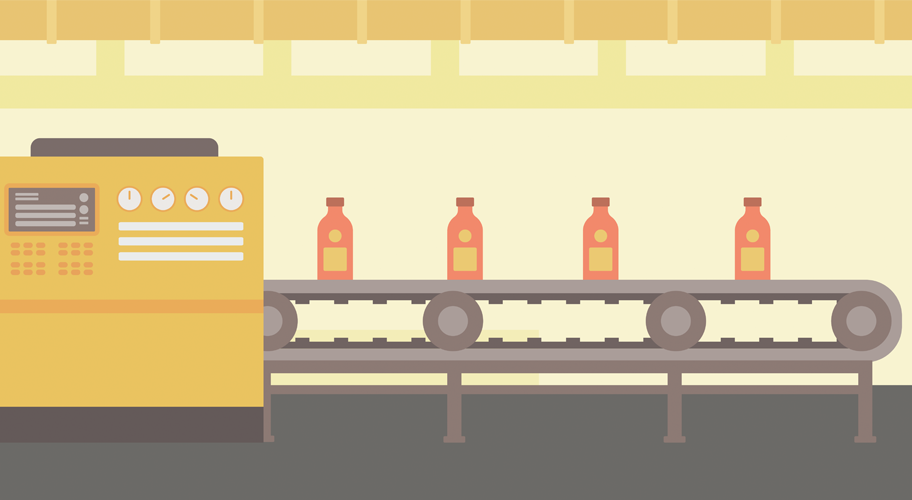 Food packaging as we know it in today's world is very different to what it was 200 years ago. Food packaging has responded in part to changes in technology, to economic pressures, to the importance of marketing, to changing trends in consumption and to the health and safety of consumers. These same factors have affected everything in production over the last two hundred years, making food packaging a fascinating metaphor for the technical, social and economic developments since the industrial revolution.

Until fairly recently in human history, the vast proportion of food was consumed in the same place as it was produced or grown. This meant that the need for packaging was lower. The earliest packaging came in the form of terracotta urns (which carried water and milk in ancient times) and metal and glass which was used widely to carry liquids such as milk and wine for hundreds of years. Food production that involved the movement of food across countries and even continents became massively more prominent from the 1800s, after the start of the industrial revolution. The earliest forms of packaging at that point were paper bags and wooden crates. It was from the 1800s onward that packaging really started to become more sophisticated.

In 1809, Napoleon Bonaparte needed a solution for feeding his armies. He offered a huge amount of money to anyone who could come up with a method to preserve food, hence the sealing of food in airtight cans began. Whilst metal packaging was nothing new, airtight packaging that could keep food bacteria-free for months was a key development in the story of food packaging.

It was during this century that we saw another very important development, and that was paperboard in 1817. Paper had been used as food packaging for some time at this point, but it’s not very thick and is easily ripped so paperboard became popular. It wasn’t until much later in the century in 1879 that, by accident, the idea of creasing paper card to make a carton occurred. Paperboard cartons, which are still in use today for breakfast cereals and many other items, became one of the most common forms of food packaging.

In the early 19th century we also began to see branded food packaging, a key move which marked the start of a marketing revolution which still pervades today. The invention of the Rotary Printing Press in 1847 made printing names onto paperboard cheaper and faster than ever before.

20th Century and the Introduction of Plastics

Before hard plastics were invented, a man named Jacques E Brandenberger developed cellophane in 1907. Cellophane was excellent because it could help with keeping food fresher for longer and was cheap to produce. Harder plastics didn’t come along until 1926 when the first plastic injection moulding machine was invented. Until this point, liquids were stored in glass, which was expensive and weighty, but in 1934 the gable top milk carton was produced. This was followed by the Tetrapak in 1951.

In 1954, a major development occurred when polypropylene and polyethylene were invented. Today we still see these materials used to package all sorts of foods. These kinds of plastics could make airtight packaging that has driven down the cost of food for the consumer as it lasts longer and also improved the profits for food manufacturers. Other advances in technology have led to developments such as vacuum packing and flexible food packaging materials which prevents food from spoiling for even longer.

Improved labelling has had three important functions. Firstly, it has enabled companies to provide even better branding with ever more sophisticated graphics. It has also meant that barcodes can be added to food, massively improving the efficiency of sales and distribution of products. It has also been important in informing consumers of what is in their food, in terms of ingredients and nutrition, as well as providing important information such as net weight, use-by-dates and also instructions to cook.

Laws about what information needs to go onto packaging began in the 1960s and have increased ever since. Recent changes have included the advice to use a red, green and amber light system to show whether food is high or low in certain elements such as fat or salt.

Another addition was recycling signage, which tells consumers whether or not the packaging can be recycled. Today you can also expect to see allergy information.
The evolution of food packaging and food packaging machinery has made a real change for consumers over the last 200 years. Not only has it improved the health and safety of the food, but it has also meant consumers can buy food that lasts for longer which is far more convenient. What is next in the world of food packaging no-one knows for sure, but with pressure to be environmentally friendly, food packaging should technically be going down in amounts rather than up, or at least be attempting to be fully recyclable or compostable in time.
Leave your comment